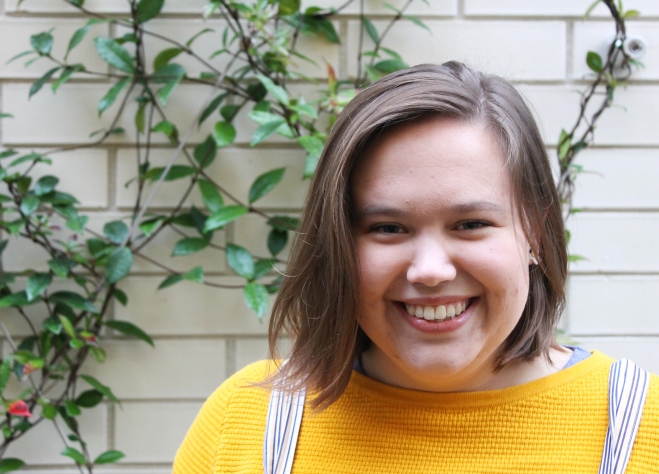 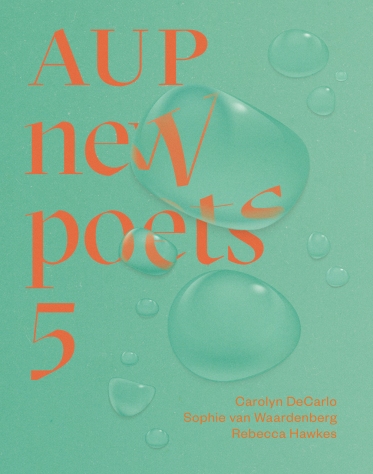 This episode is the third in a three-part series celebrating the publication of AUP New Poets 5 edited by Anna Jackson and published by Auckland University Press.

We end the series with a conversation with Sophie van Waardenberg whose section in AUP New Poets 5 is called ‘does a potato have a heart’. I asked Sophie to chose one of her poems and one by another poet as a starting point for our conversation. Sophie chose her poem ‘does a potato have a heart’ and ‘Why Haven’t You Written’ by Patricia Lockwood (from Motherland Fatherland Homelandsexual)

Sophie van Waardenberg was born in London and grew up in Auckland. She has a BA in English and history from the University of Auckland, and will soon be studying towards her MFA at Syracuse University. Her work has been published in Starling, Mimicry, Best New Zealand Poems and The Spinoff. She spends a lot of time browsing socks on the internet.

Patricia Lockwood is an American poet and essayist. In addition to her memoir Priestdaddy, which was named one of the 10 best books of 2017 by The New York Times, she has published two poetry collections and is notable for her trans-genre poetics, including her series of Twitter “sexts” and the prose poem ‘Rape Joke.’

This episode is the second in a three-part series celebrating the publication of AUP New Poets 5 edited by Anna Jackson and published by Auckland University Press.

We start the series with a conversation with Rebecca Hawkes whose section in AUP New Poets 5 is called ‘Softcore coldsore’. I asked Rebecca to chose one of her poems and one by another poet as a starting point for our conversation. Rebecca chose her poem ‘The flexitarian’ which she read at the launch of AUP New Poets 5 and Craig Arnold’s ‘Very Large Moth’ which appears on the Poetry Foundation website

Rebecca Hawkes grew up on a high-country farm near Methven and now works, writes and paints in Wellington city. She holds an honours degree in media studies and an MA in creative non-fiction from the International Institute of Modern Letters at Victoria University of Wellington. Her poetry has been published in Sport, Landfall, Starling, Turbine, Sweet Mammalian, RNZ and Mayhem. She can usually be found writing, painting or painstakingly catching insects to feed her pitcher plant.

His honors included the Amy Lowell Traveling Poetry Scholarship, the Joseph Brodsky Rome Prize Fellowship from the American Academy of Arts and Letters, the US-Japan Creative Artists Exchange Fellowship, the Alfred Hodder Fellowship from Princeton University, a Dobie Paisano Residency, and a National Endowment for the Arts fellowship. A Fulbright Scholar at Universidad de los Andes in Bogota, Colombia, Arnold was also an avid musician and performed as a member of the band Iris.

In 2009, Arnold traveled to Japan to research volcanoes for a planned book of poetry. In April of that year, he disappeared while hiking on the island of Kuchinoerabujima. In the New York Times, the poet David Orr mourned the loss of Arnold, but noted it would “be a mistake to think of him as a writer silenced before his prime… His shelf space may be smaller than one would wish, but he earned every bit of it.”

This episode is the first in a three-part series celebrating the publication of AUP New Poets 5 edited by Anna Jackson and published by Auckland University Press.

We start the series with a conversation with Carolyn DeCarlo whose section in AUP New Poets 5 is called ‘Winter Swimmers’. I asked Caro to chose a poem by herself and one by another poet as a starting point for our conversation. Caro chose her poem ‘Spy Valley’ which opens her collection and Zachary Schomberg’s series ‘Inside We Make Children Sandwiches’ which opens his collection Pulver Maar: Poems 2014-2018

Carolyn DeCarlo lives in Aro Valley in Wellington, New Zealand, with her partner and cats. She has a BA from Georgetown University and an MFA from the University of Maryland, College Park. She is the author of four chapbooks, most recently Green Place (Enjoy Journal, 2015) and Bound: An Ode to Falling in Love (Compound Press, 2014), which she co-wrote with Jackson Nieuwland and won Best Literary Zine at the 2015 Auckland Zinefest. She is a founding member of the Wellington-based reading collective, Food Court. Her passions include film, art, tattoos and plants.

Poet and translator Zachary Schomburg was born in Omaha, Nebraska, and raised in Iowa. He earned a BA from the College of the Ozarks and a PhD in creative writing-poetry from the University of Nebraska. His books of poetry include The Man Suit (2007), Scary, No Scary (2009), and Fjords vol 1 (2012). He has said of his work, which is known for its absurd, tender humor, “Mostly I want my poems to generate their own energy through confusion. I want my poems to confuse the reader. Not a confusion in a cognitive or narrative sense, but in an emotional sense.” Schomburg co-edits Octopus Books and lives in Portland, Oregon. 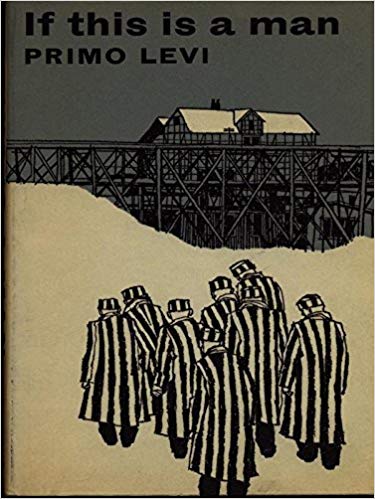 July 31, 2019 is the 100th anniversary of the birth of Italian Jewish chemist, writer, and Holocaust survivor Primo Levi.

On the occasion of Levi’s centenary, Giacomo Lichtner has written ‘One Hundred Years of Primo Levi’, an essay offering ten reasons to ‘re-read and re-consider the empathy, rage and understated greatness’ of If This is a Man the memoir which describes Levi’s arrest as a member of the Italian anti-fascist resistance during the Second World War, and his incarceration in the Auschwitz concentration camp (Monowitz) from February 1944 until the camp was liberated on 27 January 1945. Published in 1947, If This is a Man seems sadly relevant to our present moment.

You can read Giacomo’s essay online at Overland Journal

Giacomo Lichtner is Associate Professor of History and Film at Victoria University of Wellington and serves on the board of the Holocaust Centre of New Zealand. He is the author of Film and the Shoah in France and Italy (2008, 2015) and Fascism in Italian Cinema Since 1945: the Politics and Aesthetics of Memory (2013).

This episode I spoke to Sharon Lam and her publisher Murdoch Stephens about Sharon’s novel Lonely Asian Woman – it’s writing and publication.

Lonely Asian Woman is the debut novel of Sharon Lam. It ruthlessly skews stereotypes of Asian-New Zealanders at the same time as it offers a fantastical Wellington-centric bildungsroman.

The novel is set in contemporary Wellington and follows Paula, a lazy young woman who is stuck in a rut. Deep in stagnation, the sight of a spam ad for ‘lonely Asian women looking for fun’ becomes a moment of profound realisation that she, too, is but a lonely Asian woman looking for fun. Paula’s new outlook leads her to shoplift a cheesecake-laden supermarket trolley. The trolley contains an unexpected attachment. Lonely Asian Woman is not the story of a young woman coming to her responsibilities in the world. Instead, Lam defies the expected and leads the reader and her characters to a deft climax against the grain of the titular lonely Asian woman.Sharon Lam was born in Hong Kong and grew up in Japan, New Zealand, Singapore, and the UK. She has masters degrees in both creative writing and architecture from Victoria University of Wellington. She began writing as a staff writer for Salient, The Pantograph Punch, Starling, Headland, and Turbine Kapohau, amongst others. Her work has been read on Radio New Zealand, appeared in a vending machine, and she has appeared at the NZ Writers and Readers Festival and Litcrawl.

Nowhere to Be Found by Bae Suah is one of my favourite novels. 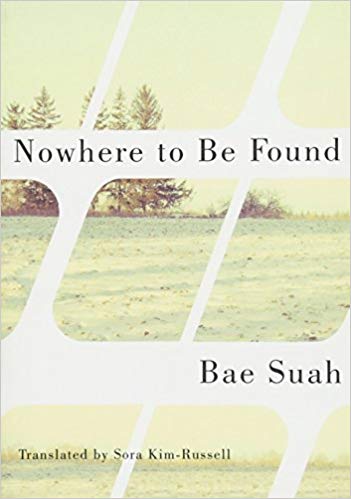 In this episode I spoke with Sora Kim-Russell who translated Bae Suah’s novel from Korean to English. Sora is an amazing literary translator who has translated some of my other favourite books including The Hole by Pyun Hye-young and a book I can’t wait to read The Plotters by Un-Su Kim

In this episode I talk to Brandy Scott, a radio presenter based in Dubai. Her 20-year journalism career has seen her work across radio, newspapers and magazines in several countries. We talked about her first novel Not Bad People. 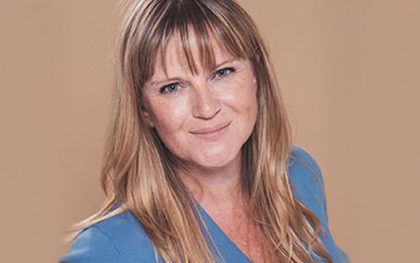 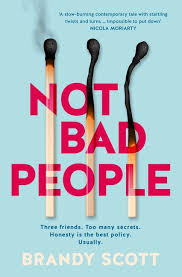 Not Bad People is a clever, compelling debut novel with a unique premise of what happens when three best friends engage in what seems to be a harmless act, but instead results in tragedy, leading the women to confront buried resentments, shattering secrets, dark lies, and the moral consequences that could alter their lives forever.

Three friends, thirty years of shared secrets, one impulsive gesture…and a terrible accident. When friendship goes bad, someone has to pay.

It’s New Year’s Eve. Three thirty-something women—Aimee, Melinda and Lou—best friends for decades, let off sky lanterns filled with resolutions: for meaning, for freedom, for money. As the glowing paper bags float away, there’s a bright flare in the distance. It could be a sign of luck—or the start of a complete nightmare that will upend their friendships, families, and careers.

The day after their ceremony, the newspapers report a small plane crash—two victims pulled from the wreckage, one a young boy. Were they responsible? Aimee thinks they are, Melinda won’t accept it, and Lou has problems of her own. It’s a toxic recipe for guilt trips, shame, obsession, blackmail, and power games.

Ep 62: Pip Adam talks to Brandy Scott about her novel Not Bad People

Better off Read
Create a free website or blog at WordPress.com.